"I DO NOT KNOW HOW TO BEGIN THIS LETTER, MY DEAREST FATHER, FOR I HAVE NOT
YET RECOVERED FROM MY ASTONISHMENT AND SHALL NEVER BE ABLE TO DO SO, IF YOU
CONTINUE TO THINK AND WRITE AS YOU DO. I MUST CONFESS THAT THERE IS NOT A
SINGLE TOUCH IN YOUR LETTER BY WHICH I RECOGNIZE MY FATHER!"
WOLFGANG AMADEUS MOZART TO LEOPOLD MOZART, VIENNA, 19.5.1781, TRANS. E. ANDRESON

MOZART - SON AND FATHER
A RECITAL FOR PIANO AND ACTOR

This program is created by Ofra Yitzhaki for the Hessentag Festival, Germany.
It will be premiered at the festival in June 2014 with actor Walter Renneisen. 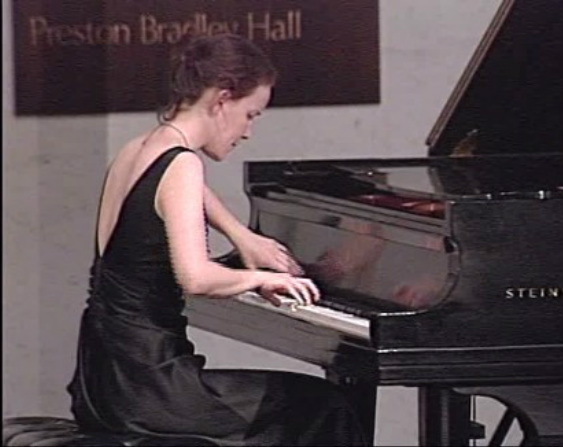 A recital at the Chicago Cultural Center, Preston Bradley Hall
This program explores the connection between the written words and the piano works of the great Wolfgang
Amadeus Mozart. The complicated, dearly loving and often difficult relationship between Wolfgang Amadeus and
his father Leopold Mozart stands in its center. Readings from their letters to each other, carefully selected to
match the emotional and biographical content of the music, are integrated in between the works.

The letters of Wolfgang Amadeus Mozart are rather practical: He informs about his concerts, his financial
situation, his material needs and his professional problems. Only in between the lines his lifelong emotional
conflict is revealed. It is the conflict between a father wanting to assist God in creating a miracle and a son
wanting to break his father's embrace and create an independent life for himself as a man and an artist.

The program includes piano music of Wolfgang Amadeus Mozart and of Leopold Mozart. It presents in music and
in words not only the dramas and struggles in the life of this rare genius and personality, but also the way in
which music and musicians were seen and perceived in the European society of the late eighteenth century.


“Ofra Yitzhaki succeeded in shedding light on some new aspects in the music of Wolfgang Amadeus Mozart”
'Romania Libera', Romania, about performance of Mozart's Concerto K.453 with the Romanian Radio Orchestra, Bucharest
Powered by