"THE ENTIRE WEEK I WAS SEATING AT THE PIANO, COMPOSING, LAUGHING AND CRYING,
ALL AT THE SAME TIME. THIS YOU SHALL FIND, BEAUTIFULLY ILLUSTRATED, IN MY GREAT
HUMORESKE OP.20."    ROBERT SCHUMANN TO CLARA WIECK, 11.3.1839

PART I: CLARA AND ROBERT SCHUMANN - MUSICAL LETTERS
A RECITAL FOR PIANO AND ACTOR

- A program created by Ofra Yitzhaki for the 'Maestro' Foundation and 'Maestro Israel' Chamber Music Series
- Performed in Israel with actor Dori Engel during the 2012-2013 and 2013-2014 Concert Seasons
- To be performed with actor Walter Renneisen in Hessentag Festival, Germany, June 2012 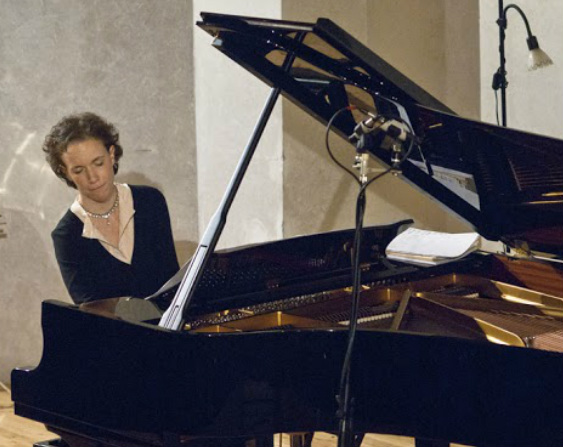 Performing music by Clara Schumann at the Felicia Blumental Music Center, Tel Aviv. Photography: Maxim Reider
This program is the first in a series of piano recitals exploring the connection between the written words
and the piano works of great composers. It presents in music and in words the passionate love story of
pianist and composer Clara Wieck (later Schumann) and great composer Robert Schumann. Readings from
letters and diaries of the Schumanns, carefully selected to exactly match the emotional and biographical
content of the music, are integrated in between the works. In addition to a moving story and a piano recital,
this program also offers a glance into the special spirit of nineteenth-century German Romanticism and into
the way people thought, felt, lived and created at that time.

* Alternatively, this program has also been presented without an actor, as a full piano recital, with
shorter readings presented by the pianist.


“Hearing Schumann's 'Scenes from Childhood' played by this extraordinary artist, one has the impression
of listening to a completely new work: Yitzhaki's playing is so transparent that even the smallest motive
is crystal-clear. This is exactly what Clara Schumann describes, in her letters, as 'moving simplicity'.”
Westdeutsche Allgemeine Zeitung, Germany

PART II: JOHANNES BRAHMS AND THE SCHUMANNS
A RECITAL FOR PIANO AND ACTOR

- This program is created by Ofra Yitzhaki for the Hessentag Festival, Germany and performed with celebrated German actor Walter Renneisen. 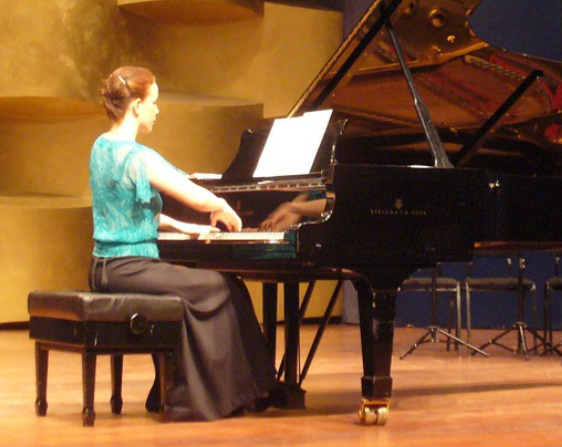 Concert at the Tel-Aviv Museum of Art, Recanati Concert Hall
“This man, Brahms, he came to us as if sent by God! - He played for us his Sonatas, Scherzi etc, all full of
endless imagination, intimacy and sensitivity... It is truly moving to watch him at the piano: His interesting
young face transforms itself while he plays, his beautiful hands overcome even the most difficult parts
with utmost easiness. The music he played for us is so wonderful, that one feels as if it was put on earth
just as it is by the great God himself.”
Clara Schumann in her diary, 1853, describing Brahms's first visit at the Schumanns' house

The appearance of the young Brahms at the home of Robert and Clara Schumann 1853 was a dramatic
event in the life of all three characters. More than they even imagined, the life and music of those three
great musicians were to become intimately interwoven with each other for many decades to come.

Following the program “Clara and Robert – Musical Letters”, this second part presents the
relationship of Brahms and the Schumanns. Readings from letters and diaries of Brahms and Clara
Schumann, are integrated in between the piano works.

Clara Schumann and Johannes Brahms both lived long enough to witness the last decade of the
nineteenth century and the big turmoil that society and culture were just about to go through. In
their correspondence, they refer to themselves as last representatives of the old world in music. Thus,
the literary part of the concert does not only present the fascinating personal story of three musical
giants. It also throws a light on German cultural and musical life in the second half of the nineteenth
century, just one last moment before modern times were going to change music and life forever.


“Schumann's 'Humoreseke' Op. 20 enabled Ofra Yitzhaki to use the immensely rich palette of sound-
colors that she can produce at the piano. Her playing, full of brilliance and emotional power, completely
captivated the listeners.”    Bergsträßer Anzeiger, Germany
Powered by